Skip to content
For its prospective pain and stress-relieving effects, CBD has received considerable coverage, but are you aware of CBDa? You might have had some concerns about this lesser-known part of the hemp plant.

What is CBDa, basically, and how does it work? What advantages does CBDa offer? What is the CBD-CBDa difference? In this article, we will talk about CBDa and how it differs from CBD. 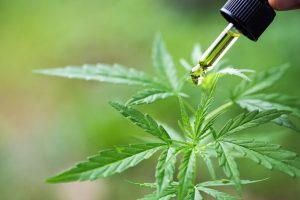 Just one of many active compounds in hemp plants, called cannabinoids, is CBD. It is the most available, which is why hemp-derived oils are generally linked to as “CBD oil”. Premium derivatives of hemp contain a wide profile of cannabinoids and terpenes that function synergistically to boost the effects of CBD. 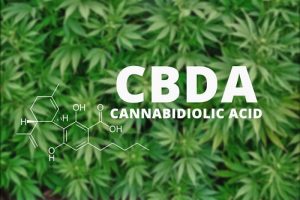 CBDa is a substance that is plentiful in live hemp and cannabis plants, and its full form is cannabidiolic acid. Like CBD, CBDa works as a cannabinoid with our bodies and endocannabinoid systems and can provide health benefits varying from relieving pain to boost in mood.

The acid form of CBD is CBDa which has the same association as THCa and THC. The plant generates the acid form of CBD which is later heated and turned into CBD. It is basically CBD’s “raw” or unheated form. In other words, it transforms into CBD as CBDa heats up.

CBDa vs. CBD: Which is better? 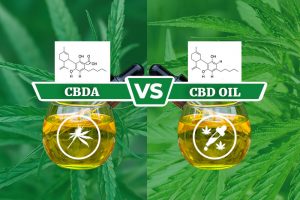 If by being better you mean more efficient, then yes, CBDa could be preferable to CBD. CBDa has been more effective than CBD as well as THCa in previous scientific experiments on animals, and is often called the mother of all cannabinoid.

Its still early to arrive at conslusions regarding CBDa. “There is sparse evidence of CBDa’s health benefits in individuals, as scientists pointed out, though some researchers have examined its potential to minimise seizures, decrease tumours, and treat animal inflammation.”

Japanese researchers conducted one such study and published it in 2008 in the journal Drug Metabolism and Disposition. CBDa and THCa both were shown to have an inhibiting effect on inflammation in this study, but CBDa appeared as the stronger of the two.

With respect to nausea, the capacity of CBDa to alleviate nausea and vomiting in animal models was evaluated in a 2013 study published in the British Journal of Pharmacology. Results showed that while working more effectively than CBD, CBDa decreased toxin- and motion-induced vomiting. Researchers observed, Consequently, as a remedy for nausea and vomiting, CBDa holds potential, including anticipatory nausea for which no particular treatment is available today.” Clearly, CBDa has shown useful effects in animals, but it remains to be seen if these experiments have human health implications.

What is the use of CBDa?

Homemade food and drinks are one way to explore the potential advantages of CBDa. CBDa is an essential element of a full-spectrum raw extract. Hemp kief creates a good anti-inflammatory micronutrient in your smoothie.”

Superfoods like kale, broccoli, and ginger root also might be used in a CBDa-infused milkshake. The recipe could be completed by a handful of CBDa flower and a few drops of CBD oil, plus some apples for flavour and orange juice for texture. Since THC is not a component, this form of smoothie won’t get you high, but the drink might help combat inflammation and make you feel relaxed.

Methods of use, such as smoking marijuana, automatically turn CBDa into CBD as when you smoke a joint, the cannabinoid heats up. So as its raw shape transforms into CBD, you do not explicitly smoke CBDa. You can play with some ingestible oils, as well as tinctures, creams, and other cannabinoid topicals if you choose to experience CBDa directly. Or a superfood smoothie or a cup of raw cannabis juice can be set up to take in some CBDa.

However if you want to use CBDa, before undertaking any new medical regimen, you should check with your doctor to determine whether any drugs you are currently taking, interfere with cannabis or not.