For a long time, Hemp was not that suitable for smoking. Strains that were created for the production of cloth were not bred for large or tasty flowers. Thankfully, with the legalization of Hemp in all forms, smokable Hemp has become common and viable. Of course, there are all kinds of other options for those who want medicinal CBD.

The ways in which whole Hemp flowers are superior to concentrates 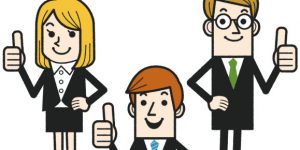 Although concentrated forms of CBD (like oils, dabs, etc.) are stronger, they do diminish the overall experience. These products are very strong and have a greater tendency to make you choke. Dabs, in particular, can be rather harsh on your lungs. When using dabs of any sort, you have to take small hits to avoid coughing and gagging. Oils, on the other hand, don’t tend to mix well with many common foods, and a lot of people simply don’t like the strong taste.

Smokable Hemp flowers, on the other hand, allow you to enjoy the benefits of medicinal Cannabis without choking yourself half to death. When it comes to taste and smell, this is definitely the most pleasant way to go. After all, you are consuming Cannabis in its natural form, so it’s not surprising that this would be the best way.

The harsh choking effect that often comes from concentrates can even be dangerous to some users. Those with fragile medical conditions may find that violent coughing compromises their ability to breathe properly. It’s also not a good thing for people with heart problems, either. Since a lot of medicinal Hemp users have pre-existing health issues, so Hemp flowers are clearly the better (and safer) choice. 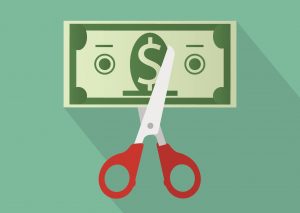 To use smokable Hemp flowers, you only need a simple pipe or some rolling papers. Concentrates, on the other hand, will often require a complex “rig” for proper smoking. These are basically just specialized pipes (usually made of glass) that are kind of complex. As such, these devices are generally a lot more expensive than normal pipes.

Of course, we should mention that you can use Hemp flowers in combination with concentrates. Simply put some flowers in your pipe and put a small amount of oil or dab on top. Of course, you should be aware that it will give a much harsher smoke. Not only are smoking devices more expensive, but the concentrates themselves are also more expensive. Overall, Hemp flowers are probably the cheapest option. 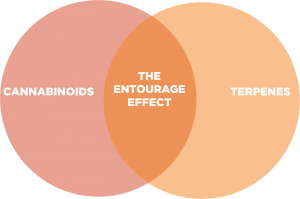 The Cannabis plant contains a large number of different Cannabinoids. Cannabinoids are the active ingredients of Hemp and vary a lot from strain to strain. When it comes to medicinal use, most people are primarily concerned with CBD, which is more properly called Cannabidiol.

There is a lot of evidence to suggest that CBD is responsible for most of Hemp’s medicinal benefits. As far as we can tell, this is the most medically useful of the Cannabinoids. However, it isn’t the only one that matters. There are at least 113 Cannabinoid substances that have been extracted from this one plant, which is pretty amazing in itself.

It is believed by many that Cannabis works best when all of its Cannabinoids are consumed together. This has been dubbed “the entourage effect.” This has not been proven beyond all doubt, but the evidence so far is quite encouraging. All of these Cannabinoids have one thing in common: They are found only in the Cannabis family of plants, and thus we can see that nature intended them to work together.

Now, obviously, those who use this plant as a drug are more concerned with THC (Delta-9 Tetrahydrocannabinol). This is the psychedelic component of the Hemp plant. When you buy legal Hemp, this will not be present in significant amounts. That’s because the law specifies a limit of 0.3% THC in order for the product to remain legal. If it has any more than that, it is legally classified as “marijuana” and is therefore illegal. However, the trace amounts of THC in legal Hemp can still contribute a little something to the overall effect.

When you are using the Hemp plants for its medicinal benefits, you certainly don’t want to be mistaken for a drug addict. This can have consequences, both social and legal, so it’s best to avoid creating a bad appearance. So, you can imagine why it might look a little suspicious to some people when you bust out a dab rib or a giant bong.

Of course, Hemp flowers from mrhempflower.com can be smoked in a standard tobacco pipe or rolled into cigarettes. You can even use filters if you so desire, but most people find that it dulls the taste and effects of the plant. All of these things will be a lot less unnerving to your family and friends. The smell might make them think that you are smoking Marijuana, but that can be explained pretty easily.

There are many tasty and potent strains of Hemp flower from which to choose. This gives the discriminating Hemp smoker a wide variety and puts even more on the table. Some people say they prefer concentrates because they are stronger, but we would argue that the cost is not worth the gain.